There are no reviews yet.

Antminer L3+ contains BM1485, one of the first Litecoin ASIC chips giving it a faster hashing power. The miner comes with 288 of such ASIC chips, making it more efficient than other Litecoin miners in the market. The Antminer L3+ has similarities with Antminer S9, and both have the same side. Due to the compact design and efficient cooling system, the miner can be used anywhere – in mining farms and residential areas.

The Antminer L3+ is equipped with the AM335x 1GHz ARM Cortex-A8 microprocessor, a control board that ensures your mining blocks are submitted immediately. The device has a high-grade aluminum shell, which protects the device from dust and heat, with two fans at the front and rear for cooling. Antminer L3+ uses a combination of convection and conduction to enhance the cooling capacity. This cooling method helps keep mining operations stable. Even at maximum capacity, the L3+ emits no more heat than the latest terahash miners, which is an added advantage.

The L3+ has high-quality aluminum heat sinks installed on every chip, and this feature brings up the heat-absorbing capacity. The two fans at the end of the tubes are positioned so that hot air is immediately dispersed by bringing in cooler air at fast rates. The heat absorption process shows the L3+ was designed for maximum power while keeping the environment cool.

Antminer L3+ has an easy-to-use User Interface (UI). From the miner status to chip info, speed and temperature, the UI is easy to handle. One needs to enter a wallet address, configure the mining pool for the device to start mining. There is also an option for firmware updates in the future.

One of the criteria for getting a miner is the hash rate. The Antminer L3+ has a maximum hash rate of 504Mh/s. It’s almost twice the speed of its previous model, Antminer L3, which was 255H/s.

The electricity consumed mostly depends on the power supply unit you are using, the operating temperature, and the meter measuring power input accuracy. Power consumption is an essential factor that determines the profitability of miners. You have to calculate the cost according to the electricity rates of the country or area. Antminer L3+ consumes around 800W of power, which is two times the power consumption of its predecessor. 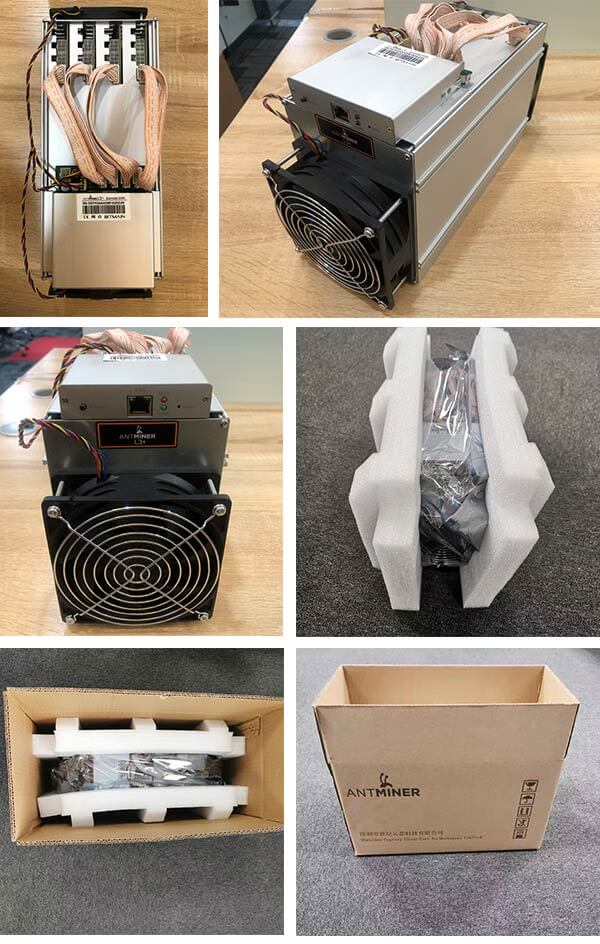 PLEASE NOTE: THE PRICES ON THE WEBSITE ARE JUST FOR REFERENCE, THE PRICES OF MINERS AND GRAPHIC CARDS HAVE BEEN CHANGING EVERY DAY, PLEASE CONTACT US TO GET TODAY’S QUOTATION.